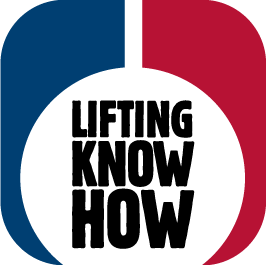 Use of chain slings Before first use of the chain sling it should be ensured that:
a) the sling is exactly as ordered;
b) the manufacturer’s certificate is on hand;
c) the identification and WLL marked on the sling correspond to the information on the certificate;
d) full details of the sling are recorded in a register of slings;
e) the sling is suitable for intended lifting;

Preparation before lifting
Before starting the lift, it should be ensured that the load is free to move and is not bolted down or otherwise obstructed.

Protection may be required where a chain comes into contact with a load in order to protect either the chain or the load or both, since sharp edges/corners of hard material may bend or damage the chain or, conversely, the chain may damage the load because of high contact pressure. Edge/corner protection should be used to prevent such damage.
In order to prevent dangerous swaying of the load and to position it for loading, a tag line is recommended.

When loads are accelerated or decelerated suddenly, dynamic forces occur which increase the stresses in the chain. Such situations, which should be avoided, arise from snatch or shock loading e.g. from not taking up the slack chain before starting to lift, or because of the shock from falling load being stopped.

Gravity
It is assumed that the attachment point of the hook is directly above the centre of gravity of the load.

When using 2-, 3- and 4-leg slings the attachment points and sling configuration should be selected to achieve angle between the sling’s legs and the vertical within the range marked on the sling. Preferably all angle to the vertical angle (angle ß) should be equal. Angles to the vertical of less than 15° should be avoided if possible as they present a significantly greater risk of load imbalance. Method of connection
A chain sling is usually attached to the load and the lifting machine by means of terminal fittings such as hooks and links. Chains should be without twists or knots. The lifting point should be seated well down in a hook, never on the point or wedged in the opening. The hook should be free to incline in any direction to avoid bending. For the same reason, the master link should be free to incline in any direction on the hook to which it is fitted.

The chain may be passed under or through the load to form a choke hitch or basket hitch. Where it is necessary, due to the danger of the load tilting, to use more than one chain sling leg in a basket hitch, this should preferably be done in conjunction with a lifting beam.

When a chain sling is used in a choke hitch, the chain should be allowed to assume its natural angle and should not be hammered down.

Chain slings may be attached to the load in several ways

Straight leg
In this case lower terminals are connected directly to the attachment points. Selection of hooks and attachment points should be such that the load is carried in the seat of the hook and tip loading of the hook is avoided. In the case of multi-leg chain slings hook tips should point outwards unless the hooks are specifically designed to be used otherwise.

Choke hitch
In this case chain sling legs are passed through or under the load and the lower terminal back hooked or reeved onto the chain. This method can, therefore, be used where no suitable attachment points are available and has the additional advantage that the chain sling legs tend to bind the load together. Where choke hitch is employed the working load limit (WLL) of the chain sling should be no more than 80% of that marked.

Basket hitch/U-lift
The chain sling is passed through or under the load, the lower terminals are connected directly to the master link or to the hook of the lifting machine. Generally, this method requires two or more chain sling legs and should not be used for lifting loads which are not held together. Where the load geometry permits, a single leg chain sling can be used provided that the chain sling passes through the load directly above the centre of gravity of the load.

Wrap and choke or wrap and basket hitch
These methods are adaptations of choke hitch and basket hitch, designed to provide extra security of loose bundles and involve taking an extra loop of chain completely around the load.

Working load limits (WLL) for chains slings of different dimensions and configurations have been determined on the basis that the loading of the chain sling is symmetrical. This means that when the load is lifted the chain sling legs are symmetrically disposed in plan and subtend the same angles to the vertical.

In the case of three leg chain slings, if the legs are not symmetrically disposed in plan the greatest tension will be in the leg where the sum of the plan angles to the adjacent legs is greatest. The same effect will occur in 4 leg chain slings except that the rigidity of the load should also be taken into account, with a rigid load the majority of the mass may be taken by only three or even two legs with the remaining leg or legs serving only to balance the load.

In the case of 2-, 3- and 4- leg chain slings, if the legs subtend different angles to the vertical the greatest tension will be in the leg with the smallest angle to the vertical. In the extreme case, if one leg is vertical, it will carry all the load.

Hands and other parts of the body should be kept away from the chain to prevent injury as the slack is taken up. When ready to lift, the slack should be taken up until the chain is taut. The load should be raised slightly, and a check made that it is secure and assumes the position intended. Lifting personnel must be aware of the risks for swinging and tilting loads. This is especially important with basket or other loose hitches where friction retains the load.

As a general principle, chain slings should be used only for the purpose for which they have been designed. In practice, however, occasions may arise when a lift needs to be made using a smaller number of legs than the number of legs in the chain sling. In such cases the WLL should be reduced from that marked on the chain sling by applying the relevant factor given in table below.

Legs that are not in use should be hooked back to reduce the risk of such legs swinging freely, or snagging when the load is moved. Working load limit (WLL) factors

Taking into consideration the recommendations and the cumulative effects of de-rating, the method of slinging should be decided and a suitable chain sling or selected so that the mass to be lifted does not exceed the WLL.

Landing the load
The landing site should be prepared. It should be ensured that the ground or floor is of adequate strength to take the load taking account of any voids, ducts, pipes etc. which may be damaged or collapse. It should also be ensured that there is adequate access to the site and that it is clear of any unnecessary obstacles and people. It is preferable to use timber bearers or similar material to avoid trapping the sling or to protect the floor or load or to ensure the stability of the load when landed.

The load should be landed carefully ensuring that hands and feet are kept clear. Care should be taken to avoid trapping the chain sling beneath the load as this may damage it. Before allowing the rope to become slack, the load should be checked to ensure that it is properly supported and stable. This is especially important when several loose objects are in basket hitch and choke hitch.

When the load is safely landed the chain sling should be carefully removed to avoid damage or snagging or cause the load to topple over. The load should not be rolled off the sling as this may damage the sling.

When not in use chain slings should normally be kept on a properly designed rack. They should not be left lying on the ground where they may be damaged.

If the chain slings are to be left suspended from a crane hook, the sling hooks should be engaged in an upper link to reduce the risk of sling legs swinging freely or snagging.

If it is likely that chain slings will be out of use for some time they should be cleaned, dried and protected from corrosion, e.g. lightly oiled.

Account should be taken to the maximum temperature that can be reached by the chain sling in service. This is difficult in practice, but underestimation of the temperature should be avoided. The table below summarises the necessary de-rated working load limit due to temperature.

Chain slings in grade 8 and 10 will not be negatively affected by temperatures down to -40°C which results in the fact that no reduction of the working load limit is needed. When chain slings are to be used at temperatures below -40°C CERTEX should be consulted.

Chain slings in grade 8 and 10 should not be used either immersed in acidic solutions or exposed to acid fumes.

Chain slings, for the same reason, not be warm-galvanized or exposed to electrolytic finish without permission from CERTEX Danmark A/S.

Chemical affects
CERTEX Danmark A/S should be consulted in case the sling is to be exposed to chemicals combined with high temperatures.

Do you have any questions?

If you have any questions, please send us a message and we will be happy to help.

When must a chainsling be discarded?

The benefits of Grade 10

This is why it can be an advantage to choose Grade 10 chains and components.

Based on 135 years of experience CERTEX Danmark A/S is your reliable partner and supplier of steel wire rope, lifting applications and related services. We are experts in both standard and customized products and solutions and we offer everything from service and inspection to installation and testing. We look forward to solving your next lifting challenge!